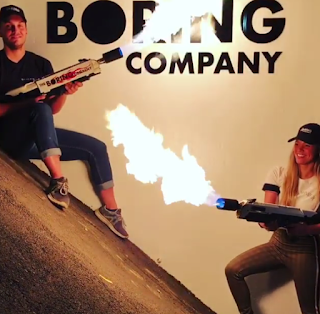 The release of Hugh Jackman's new movie, The Greatest Showman, got me interested in the persuasion tactics of P.T. Barnum. As a result, I decided to read Joe Vitale's There's a Customer Born Every Minute.

In the book, Vitale argues that Barnum was "much more than a showman ... he was a dedicated businessman and entrepreneur with a razor-sharp mind." Barnum's No. 1 business talent was dreaming up publicity stunts the press couldn't help but cover, earning him tons of free 'advertising.' According to Vitale:

At one point he had an elephant plowing the field of his property. Why? Because the field was near the railroad tracks that took passengers into New York City ....

'Newspaper reporters came from far and near, and wrote glowing accounts of the elephantine performances,' Barnum wrote. 'The six acres were plowed over at least sixty times before I thought the advertisement sufficiently circulated.'

Barnum's greatest hits included touring with an elderly blind slave who claimed to be George Washington's former nurse (which would have made her 161 years old), appearing before Queen Victoria with his famous child dwarf known as "General Tom Thumb" and exhibiting the "FeeJee Mermaid," which was actually the upper half of a monkey sewn on to the bottom half of a fish. Of course, he also created and popularized the circus that still bears his name, a process that involved launching the first national celebrity elephant, a 6-ton behemoth named "Jumbo."

The point of Vitale's book is that modern persuaders need to think more like Barnum and create visual spectacles that can't be ignored. As I was reading that advice, Elon Musk announced he was selling a $500 flamethrower (shown above) branded with the name of his new tunnel-drilling startup, The Boring Company. Four days later, he had sold out of all 20,000 of them.

The point of the stunt was to raise $10 million for his startup, according to multiple news sources. Not only did Musk achieve his goal, he received a ton of social media buzz and media coverage, including a priceless negative reaction from government regulators who it was reported were not amused.

Not long thereafter, Musk tweeted the photo below and announced he was launching a Tesla Roadster into space in the nose of a SpaceX Falcon Heavy rocket. (For those keeping score at home, that's a double brand hit as he owns both Tesla and SpaceX.) The point of the stunt was to demonstrate a private company can now do a job only NASA used to be able to do: put vehicles into space. 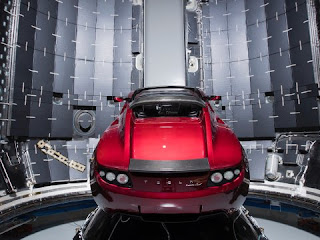 Since then, Musk has been providing updates on the journey of the car and its mannequin driver, which he dubbed "Starman" after the David Bowie song. As you might expect, he's been getting a ton of national press coverage and social media buzz.
Now that's a Barnum move!
If Musk keeps this up, he may just out-do Barnum himself. In the meantime, professional persuaders ought to be paying close attention.