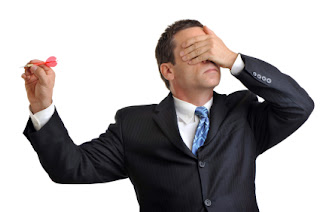 With the possible exception of confirmation bias, selection bias is the most important flaw in human reasoning I have encountered to date. Simply defined, it is the human tendency to think we are observing, gathering or choosing things at random when, in fact, our biases are guiding the process.

Specific forms of selection bias include publication bias or reporting bias, which Wikipedia defines as "the distortion produced in community perception or meta-analyses by not publishing uninteresting (usually negative) results, or results which go against the experimenter's prejudices, a sponsor's interests, or community expectations."

Those words "uninteresting" and "negative" are key to understanding this foible. We are pre-programmed (and often pre-suaded) to pay attention to certain things and ignore others. Yet for some reason, we insist on pretending we are not. Whether it's a desire to appear unbiased or an ego-driven overestimation of our cognitive abilities, we just don't like to admit when we are selecting things for irrational reasons.

A great example is the dozens of articles I read every month. Even though I find them in all kinds of random places, they all end up reinforcing my core beliefs and interests. Am I that brilliant? Or is this some strange coincidence? Maybe God is trying to tell me something?

Nope. It's selection bias. Although my sources are diverse and may appear random, they are my sources because I found them interesting at some point. Why did I find them interesting? In most cases, I selected them because they reinforced my core beliefs and interests. It's a tautology.

Along similar lines, if and when I have a negative reaction to the content from a source, I will mute/unfollow/unsubscribe. In other words, I will engage in de-selection bias.

The reason I think this bias is one of the most important is because it's behind much of the extreme partisanship we are currently experiencing in America. Specifically, the politics of today have driven people to insane levels of selection bias where they only engage with highly partisan sources of information that reinforce their worldview — all while loudly insisting those sources are just sharing the objective truth.