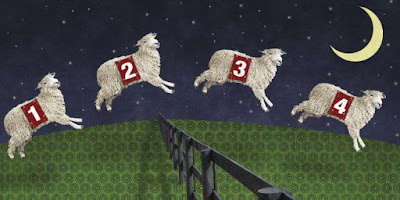 I'm a natural sleeper. To feel right, I need to get at least eight hours of sleep a night. Nine is preferable. If I don't hit that number, or my sleep is interrupted too many times, I'll be trash the next day. When deprived of sleep, I feel nauseous, irritable and completely unfocused until I catch a nap or get a proper night's rest.

Many people I know are either sleep sensitive or food sensitive, often in inverse proportions. For instance, I have gone without food for as long as five days and, while it wasn't fun, it was quite manageable. My wife's the opposite. Whenever we had newborns in the house, she was able to perform heroic feats of sleep deprivation. But if she misses a meal: Watch out!

For people who have no trouble with sleep deprivation, there tends to be a pervasive belief that sleep is a waste of time or some form of laziness. So, as a natural sleeper, I have been pleased to observe the building scientific evidence that proper sleep is critical to human health. The biggest recent revelation is that sleep allows the brain to clean itself of certain kinds of gunk — the kind of gunk that scientists believe build up and cause dementia and Alzheimer's — so those who don't get proper sleep are setting themselves up for cognitive impairment down the road.

How much you sleep is just one factor. It also seems to matter when you sleep. I first learned about this in the context of insomnia and the related problem of jet lag. Most people know that light and dark are critical to the sleep equation, but it seems natural light is a uniquely potent factor. And while it's obvious how daylight might impact our sleep quality and why, the impact it can have on our health is less obvious. Consider the following:

“Previous observational studies have shown that night owls are as much as twice as likely to suffer from depression as early risers, regardless of how long they sleep …

“In 2018, Vetter published a large, long term study of 32,000 nurses showing that ‘early risers’ were up to 27% less likely to develop depression over the course of four years …

When I came across this, I made an immediate connection with teenage sleep patterns. These days, many (plausibly) attribute depression among teenagers to social media, but could sleep be a significator factor as well? Teenagers love to stay up late and sleep in, pushing their sleep window in the opposite direction the above research would indicate is wise. Might doing so have the effect of increasing their chances of experiencing depression?