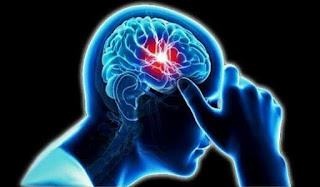 In 1957, social psychologist Leon Festiger introduced the world to A Theory of Cognitive Dissonance. Per Wikipedia, it described "the mental discomfort (psychological stress) experienced by a person who simultaneously holds two or more contradictory beliefs, ideas, or values." The entry continues:

Festinger proposed that human beings strive for internal psychological consistency in order to mentally function in the real world. A person who experiences internal inconsistency tends to become psychologically uncomfortable and is motivated to reduce the cognitive dissonance. This is done by changing parts of the cognition to justify the stressful behavior, by adding new parts to the cognition that causes the psychological dissonance, or by actively avoiding social situations and contradictory information that are likely to increase the magnitude of the cognitive dissonance.

In his recent book, Win Bigly: Persuasion in a World Where Facts Don't Matter, cartoonist turned political commentator Scott Adams goes further. He argues the motivation to resolve cognitive dissonance can be so strong that it actually triggers hallucinations. His prime example is the surprise rise of Donald Trump:


The presidential election of 2016 provided the biggest trigger for cognitive dissonance you might ever see in your lifetime. It had all the elements for generating mass hallucinations. From the moment that Trump announced his candidacy, the professional political class started mocking his intelligence, his commitment, his talent, and—most important—his chances of winning. The pundits believe they are smart, and they believe they can see the world for what it is. And in the case of Trump, it seemed to them the easiest prediction in the world, at least for people so well informed and rational. What mattered the most here, in terms of the trigger, is not that these folks were so wrong. People are wrong all the time, and it doesn’t always cause hallucinations. The key variable in this case was their certainty. And it was public certainty, repeated loudly and often. Their opinions of Trump became part of their self-image. They saw themselves as the smart ones, in stark contrast to what they imagined were the Trump supporters with their mullets and pickup trucks. And then Trump won ...

And sure enough, Trump’s win set off a cluster bomb of cognitive dissonance the likes of which history rarely sees. To untrained observers—voters and pundits alike—the public reaction looked like a combination of anger, disappointment, fear, and shock. But to trained persuaders, it was a front-row seat to a show of cognitive dissonance so pure and so deep that it was, frankly, beautiful.

Adams says that this explains why half of the country was marching in the streets after the election. They believed the "mass hallucination" that America had just elected the next Adolph Hitler. His claim is bold and controversial, but we needn't go so far to see how cognitive dissonance affects us — and works against us.

A more mundane example from Win Bigly is the smoker "who claims smoking won't hurt him because he knows someone who smoked a pack a day and lived to be a hundred years old." I've known many smokers and used to be one myself. I must have heard this argument a hundred times, and I certainly told it to myself. Adams explains that smokers embrace this illusion because cognitive dissonance won't allow them to think of themselves "as being unwise or unable to quit." They imagine instead that they are one of the few who will end up being immune to lung cancer. And, of course, persuaders from the tobacco industry have certainly encouraged and benefited from this triumph of hope over reason.

Adams has an entire chapter on cognitive dissonance that is worth the price of the book alone. I highly recommend reading Win Bigly: Persuasion in a World Where Facts Don't Matter if you wish to understand more about this fascinating human exploit.