Note: A version of this post originally appeared on The SciMark Report, my industry blog about direct-response (aka infomercial) advertising. 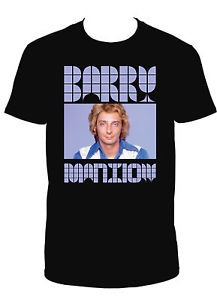 In an episode of the Freakonomics Radio podcast, Stephen Dubner interviewed Nicholas Epley, a professor of behavioral science at the University of Chicago and author of Mindwise: Why We Misunderstand What Others Think, Believe, Feel, and Want.

In the interview, Professor Epley described an experiment where undergraduates at his university were asked to put on a t-shirt with a "great big picture" of Barry Manilow on the chest, go into a room where other people were already filling out a questionnaire (arrive late), start filling out their questionnaire, then get up and leave suddenly.

Afterward, they were asked: "[H]ow many people in that room would be able to identify that it was Barry Manilow on your shirt?"


Whether [people were] proud of [the t-shirt] or embarrassed of it, they tended to think that lots of people would notice. In fact they thought about 50 percent of the people in the room would notice. Because [they] weren’t in there for a long time, [they] weren’t the center of attention ... People were busy on other things. But still, pretty high. The important comparison is not that, it’s how many people in the room actually did notice that it was Barry Manilow on [their] shirt ... [A]s far as we could tell, nobody was able to tell that it was Barry Manilow on [their] shirt ...

[O]ne thing that makes it hard to understand what others are thinking is that we tend to rely on our own mind perhaps a little bit too much when it’s not necessarily perfectly appropriate to do so. It may be a rational thing to do, but it still leads to inaccuracy ... And that’s just one of the many examples of ... egocentrism, our inherent focus on ourselves. You are always present when you are present. You’re always aware of yourself and your own thoughts and feeling when you’re out in the world, [and] that can sometimes lead to errors. This is one case where it will lead you to think that you’re noticed more often than you actually are.


This is called the spotlight effect, a phrase coined by Epley's thesis advisor, Tom Gilovich. "That’s when you feel the spotlight is always shining on you, that for whatever reason people are paying attention to what you are doing," Dubner explains. "[And it] can really distort how we communicate with each other."

To this I would add: It can also compel us to over-communicate. It happened to me again just the other day. My wife and I were guests at a lavish party. The host sat us next to one of her good friends. Both of us ended up speaking to this woman on separate occasions during the night, and in both cases she immediately opened up and told us the most intimate details about her recent divorce from her husband. We learned more than we cared to know.

Why would someone readily share such information, you might ask? Yes, alcohol was being served that evening, but that wasn't the reason. The answer is the spotlight effect. It seems the woman felt she needed to explain to us why she was alone at the party. In her mind, there was a huge spotlight on her the moment we sat down. We (a couple) immediately started wondering, "Why is this poor woman alone? Where is her husband?"

Of course, in reality we didn't think about this once. If it had even occurred to us to wonder, we probably would have assumed any number of mundane reasons for why her husband wasn't in attendance. The very last thing we would have guessed was a recent divorce, especially not one featuring such salacious details.

In other words, the spotlight effect can function like the literal spotlight in those police interrogation scenes from classic films: It can cause us to crack under its pressure and start spilling the truth.


Want to learn more? Check out: Mindwise: Why We Misunderstand What Others Think, Believe, Feel and Want.