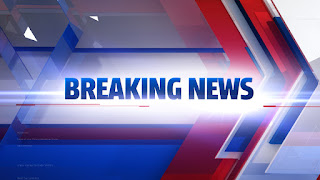 Much has been written about how the Internet hijacks our brains. Exhibit A is the phenomenon known as "clickbait," which Wikipedia defines as "web content whose main goal is to get users to click on a link to go to a certain webpage." In most cases, the content is positioned as some form of "news."

There are several human exploits working together to empower clickbait news, all of which fall under a rationalization often described as the need to "stay informed." In a recent article titled "Why You Should Stop Reading News," Shane Parrish of Farnam Street explains the pull of that need and why it's a trap:


I've stopped consuming news. At first, it was really difficult. When my friends would start talking about something topical and emotionally charged and ask me what I thought, I'd have to say I don't know. This was followed by a 'What!?' and 'You have to read this' as they took out their phones to text me a link to an article I would never read. One hilarious aspect of this situation is that they often expected me to stop the conversation with them and read the article so I could share in their outrage. No thanks.

Being well informed isn't regurgitating the opinion of some twenty-two-year-old with no life experience telling me what to think or how outraged to be. Your first thought on something is usually not yours but someone else's. When all you do is consume, you are not only letting someone else hijack and direct your attention; you are also letting them think for you.

Parrish alludes to several of the exploits that make clickbait so effective. I see at least four ...

1. Attention. "Getting attention is step one in any persuasion play," says Scott Adams, a trained hypnotist who gained celebrity as a cartoonist and is now a popular political commentator. Clickbait headlines are cleverly designed to get the most attention in a medium (the Internet) that is already optimized for grabbing attention, which is what makes them so irresistible (and insidious). One of the most powerful phrases employed is also one of the simplest: "BREAKING NEWS!" Another must-click phrase I am seeing a lot is "bombshell report" and its variants. Attention is an exploit because the things to which we pay attention naturally rise in importance in our mind — even if they are actually just as important (or less important) than things we are ignoring.

2. Curiosity. As Wikipedia explains in its entry, clickbait headlines "typically aim to exploit the 'curiosity gap,' providing just enough information to make readers curious, but not enough to satisfy their curiosity without clicking through to the linked content." This is actually an old technique. I've ready many books by the 'old masters' of advertising going back a century or more. They all agree that curiosity headlines are some of the most effective.

3. Variety. Life coach Tony Robbins considers variety one of our six core human needs. "Variety creates excitement for us," he writes. "It makes us feel alive. And we need surprises in our life, because that’s what helps us grow." By definition, news is novel and novelty equals variety. As Parrish explains, though, clickbait perverts the true purpose of variety. Instead of helping us grow, it helps the content provider's audience numbers and profits grow.

4. Outrage. Trained persuaders know that emotion underlies every human decision. For example, experts in selling have long known that people buy on emotion and justify their purchases later. That is, causing someone to strongly desire a product or service will not only short-circuit their reason in the moment but also actually cause them to invent reasons for buying after the fact (post-rationalization). In the news game, the equivalent of desire is outrage. Clickbait journalism, especially these days, thrives on it. When people articulate the need to "stay informed" as a rationale for reading lots of low-quality news, they are most often talking about the need to know about the latest supposed outrage their peers will be talking about, as Parrish describes above.