The Etymology of Patagonia

The other day I was telling a friend about a type of fish I actually enjoy eating. This is a big deal because I hate most types of (cooked) fish. Strangely, I enjoy many types of raw fish in the form of sushi. But I digress.
The one cooked fish I like is called Chilean Sea Bass. (Of course, it is also ridiculously expensive. Such is my luck). My friend commented that the name amused him because it was made up by an American merchant in the 1970s, and its actual name is "Patagonian toothfish."
I am someone endlessly fascinated by etymology, so this piece of information sent me down a rabbit hole. Near the bottom of the hole was a question: Why is the region at the southern end of South America, shared by Chile and Argentina, called "Patagonia"?
It turns out we have the famous Portuguese explorer Ferdinand Magellan to thank. According to Wikipedia, he first used the root of the term in 1520 to describe the native tribes of that region. The people of these tribes were apparently much taller than Magellan and the members of his expedition. Some legends have them as tall as 10 or even 15 feet — although a more reasonable, basketball-player height of 7.5 feet tall seems more likely. In any case, these people became known as the "Patagonian giants."
Why "Patagonian"? For years, people believed it was a derivation of pata, Spanish for "foot." They contended Patagonia means "Land of the Big Feet." However, it turns out Magellan was actually invoking a character from a popular novel at the time. The novel is about the many adventures of a Greek hero named Primaleon and features a story about how he confronted a savage giant named Patagón.
In reaching for a modern analogy to explain this naming, I could only come up with one well-known giant from my childhood: the TV mascot for Green Giant frozen vegetables. This made me chuckle as I imagined Magellan and his buddies trying to figure out what to call a new tribe of Wilt Chamberlains they had discovered and deciding on the "Jolly Green" giants.
If that had been the case, I guess my favorite fish today would be "Jollygreenian toothfish." 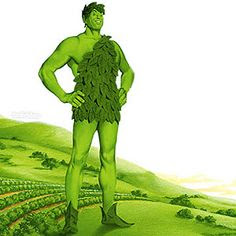