In Our Infinite Ignorance, We are All Equal 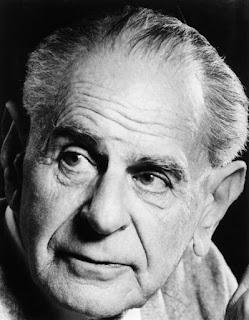 “As [Karl] Popper said, ‘In our infinite ignorance we are all equal.’ Even if someone claims expertise — and they might have a valid claim — there’s an infinite number of things they don’t know that could affect the things they do know. The student who’s not expert in anything can still come up with an idea that can challenge the foundations of the greatest expert. Like the child, the expert is ignorant about a whole bunch of things and could have errors. Someone who lacks that fine-tuned knowledge can still point out those errors and present a better idea.”

- Brett Hall on the Naval Podcast

The student example is real. I remember watching a biography series on Einstein. He came up with his theory of relativity while a student at university, and it was derided and ridiculed by all the most prominent professors and scientists of the day. It went on to disrupt the foundations of those great experts and became foundational to science.